Introducing Sphero 2.0 - 2x faster, 3x brighter, and smarter than ever. Sphero 2.0 rolls at speeds of up to 7 feet per second and pairs to your device via Bluetooth with a range of up to 100 feet. Powered by induction charging and an internal smart robot, Sphero 2.0 also glows in millions of colors and is pet proof, waterproof, and ready for any adventure. As a bonus, 2 ramps are included in each box and you can choose from over 25 apps to launch a whole new world of mobile gameplay

Faster: With a new engine, Sphero 2.0 is capable of running at speeds up to 2 m per second. Speed ​​2 times faster than the original Sphero. Trust us, this ball rolling knows

Brighter: With the new multicolored LED Sphero 2.0 is 3 times brighter than the original Sphero and shines in undetectable to the naked eye colors. Night games are improving

Smarter: Built like a race car, all aspects of Sphero 2.0 were reconfigured to renovate and improve the accuracy of the driving experience. You'll never play the same way 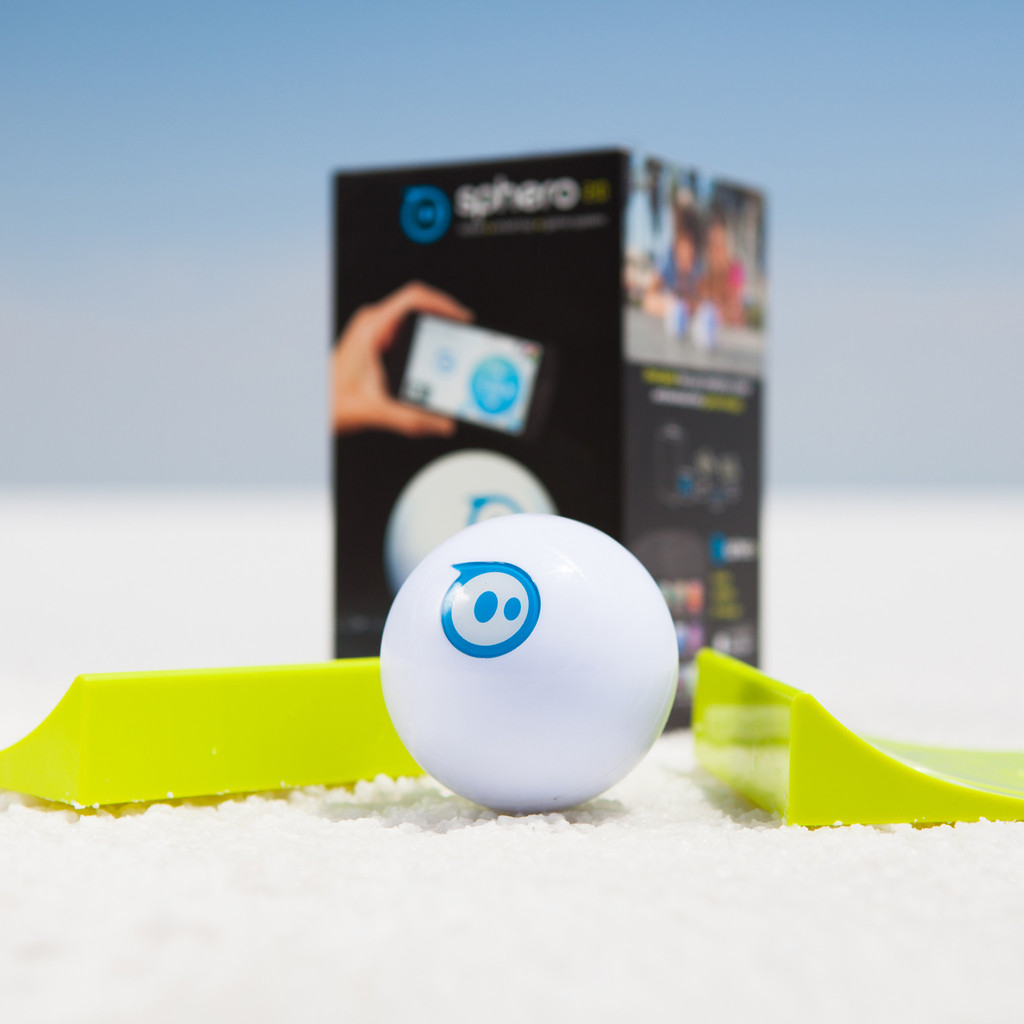